The friend I had was a passionate friend... 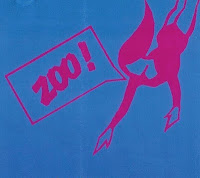 Listen to The Teardrop Explodes playing live at Eric's in 1979